✫🎧✫ Welcome fellow bibliophiles to the next stop on this audio book blog tour & giveaway organized by Audio Bookworm Productions, featuring a modern detective audio book called The Body On The T by Mike Martin. In addition to myself, there are other amazing bloggers hosting all kinds of exclusive content! Every blog has something different so follow the post to the bottom and click on the hyperlinks. Comments & shares are always appreciated; stop by and say hello if you feel so inclined. Happy reading! 💜

The Body on the T is the second book in the Windflower mystery series and it follows up on the highly acclaimed premiere, The Walker on the Cape. The story begins when a body washes up on a beach near Grand Bank, Newfoundland. There is no identification on the body and few clues to identify who the person was or where they came from. The case becomes the responsibility of Sgt. Winston Windflower of the Royal Canadian Mounted Police and his trusted side-kick, Corporal Eddie Tizzard. But this is just the beginning. There is also a devastating accident on the highway and another suspicious death to deal with. Throw in a rogue police officer and an international drug ring operating in the waters off the coast and Windflower’s peaceful world is turned upside down. This time Windflower’s adventures take him to the scenic town of Burin where Captain Cook once patrolled the waters looking for French mercenaries. And to historic St. John’s where he faces down an armed suspect on a parking garage rooftop in the midst of a busy downtown evening. Along the way Windflower also continues to enjoy the food and home-style hospitality of this part of the world. Cod tongues, pan seared scallops and even figgy duff become part of his diet, and his long list of favorite foods. Windflower may be a long way from his Cree home in Northern Alberta but he has found a new place to love in the fog and mist of Newfoundland. 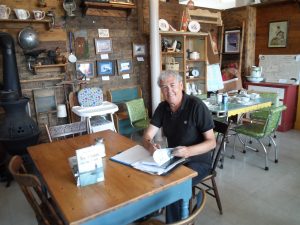 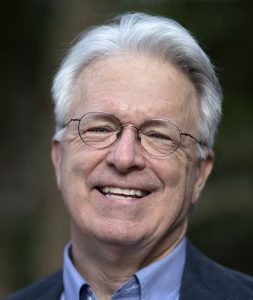 Following college and many years as a local entertainer and actor I eventually entered the business world and a career of building and selling multiple successful enterprises. In 1985, I purchased an aviation business and while building a very successful business also earned multiple movie credits as a helicopter camera ship pilot - among other services, and flew the camera helicopter for London Weekend Television's mini series "Piece of Cake" in 1988. I have an extensive aviation background from helicopters through turboprop and jet aircraft, and a deep knowledge of all things aviation. I have always been an insatiable reader with a love of history - the ultimate story, and anything military - especially if it flies. My evolution into narration and the joy of storytelling is the culmination of many years of a life fully lived, and is reflected in a voice of experience.

Sep. 12th:
Audiobook Ebook Fascination
All the Ups and Downs

➜Sign up as a host here